When fake news, misreporting and alternative facts are everywhere, reading the news can be a challenge. Not only is there plenty of misinformation about the coronavirus pandemic, climate change and other scientific topics floating around social media, you also need to read science stories, even well-known publications, with caution.

We have already seen headlines suggesting that coronavirus vaccines are imminent, while scientists desperately try to manage expectations that it’s more likely to take more than a year for vaccines to be suitable for use. So how do we approach science news like a scientist, to see past the sensational and find the facts?

In a recent study, we and our colleagues analysed 520 academic papers and the media articles that reported their findings. We wanted to trace how the presentation of scientific knowledge as it makes its way from researchers to the general public via the media.

Read more: We’re climate researchers and our work was turned into fake news

We found that scientific knowledge is sometimes reproduced but is most often reinterpreted and its meaning is frequently lost in translation. Based on this study, we think there are some key things that readers of the news can do to spot when science is being reported in a misleading or inaccurate way, and get to what the evidence really shows.

In our research, we saw that content transformation can happen in a number of ways. The main focus of a study is often changed in a way that makes assumptions about how the results might affect people, even in cases when this was not an aim of the research. For example, research in rats is often taken to have implications in humans.

Highly technical language can be changed not just to more common phrases but also more evocative or sensational descriptions. Charts and graphs are replaced with images that make articles appear more related to human experimentation or applications, even where this isn’t the case.

One example we looked at in detail was a report on the Mail Online website from 2016 that said brain implants could soon help us develop superhero night vision. The report stated that “scientists have used brain implants to give rats a ‘sixth-sense’ that enables them to detect and react to the normally invisible light source”. It added that would make it “possible for the adult brain to adapt to new forms of input and opens up the possibility of enabling humans to gain an array of superhuman senses”.

An exciting revelation indeed. But if this was such a groundbreaking and impactful development, why did so few other news publishers cover it?

The research the story was based on had originally been published in the Journal of Neuroscience by a team of scientists at Duke University Medical Centre in the United States. Their work explored how easily you could change the sensory processing of adult rats by implanting them with a brain device to teach them to identify the location of infrared light sources. Surprisingly, the implanted rats learned to do so in less than four days.

The scientists who conducted the research suggested their findings could have important implications for basic neuroscience and rehabilitative medicine. But the Mail Online article took this to another level and interpreted this as the possibility of giving people a number of superhuman senses.

The experiment had previously been reported in New Scientist, which appeared to be the main source of information for the report published in the Mail Online. The New Scientist article did focus on the rats but said the research paved the way for human brain augmentation. The article used images representing human mind control. It was then less of a leap for the Mail Online to report the research as a move towards giving people superhuman powers.

All this leaves ordinary readers to try to work out what is accurate and what isn’t. This requires them to read like a scientist – but without the same training.

So how do we read this way? Based on our research, we have put together six steps to help you read in a critical way when engaging with scientific information.

Developing these skills could help you discern what sources you should and shouldn’t trust, and how to spot when even usually authoritative outlets sometimes exaggerate or misinterpret things. 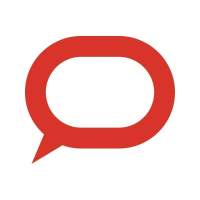